Why 5G Is Set To Be A Game- Changer

The advent of 5G is round the corner and it’s certainly looking like one of the biggest leaps forward for mobile network technology. Most telcos and network providers have already starting laying the groundwork for 5G. It's the next step in evolution for the technology, promising much faster data transfer speeds and lower latency. It also goes beyond faster downloading and streaming of services, many telcos are now investing into transforming wireless broadband to bring this technology to the masses.

Telco Giant Ericsson has predicted that 20% of the global population will have access to 5G by 2023, however we won’t see mass roll out of this until 2020 and beyond. Let’s take a look at the opportunities this technology could mean for the future:

What exactly is 5G?

5G is essentially the fifth generation of mobile wireless technology which is built upon the foundations 4G technology. 5G wifi connections are set to be around three times faster than 4G which should allow for higher productivity across all devices wth a potential download speed of up to 100Mbps. This means that HD movie downloads can happen in a matter of seconds and will make 4K video and VR content more reliable. What’s more is that it will enable a vast network of Internet of Things (IoT) devices which will be able to communicate more effectively and quicker. This is predicted to change the way our world will operate in the years to come, from media and entertainment, to smart cities, agriculture and driverless vehicles.

With the upcoming winter olympics in South Korea this month, we will witness one of the first showcases of 5G technology. KT Corp and Intel will stream high definition pictures and virtual reality from the winter games from multiple cameras using 5G technology. This will allow viewers on some TV channels (eg Eurosport and NBC) to select the angle in which they watch. The system bandwidth means that up to a quarter of a million attendees in one venue will be able to stream content and transmit their own videos using their phones and tablets.

Virtual reality headsets which have still not managed to catch on with consumers will be greatly helped by 5G technology. It means they will be able to work without any attached wires and almost entirely eradicate the commonly associated motion sickness due to lower latency (or delay).

As video consumption increases, 5G will unlock a new wave of entertainment. Imagine streaming multiple 4k video feeds into an immersive VR experience? Gone could be the days of attending a sporting match or a concert if you can strap on a VR headset and get the best seats in the house.

The fast speeds and low latency will also transform the way that VR is used in other industries that aren’t just gaming and entertainment. For example, the potential for VR marketing techniques will open up many more opportunities for companies. 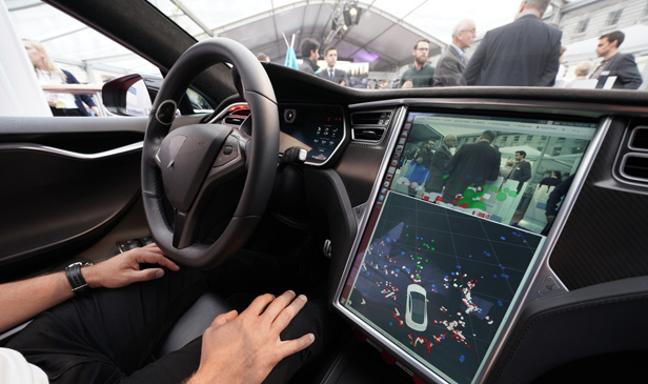 5G technologies will fuel the move towards driverless vehicles. Not only will the vehicles be able to sense and avoid each other, they will be able to communicate via 5G data streams. Imagine what this could mean for traffic problems in big cities if cars can stream across junctions in different directions in a synchronised way.

In a recent experiment, the Korean transportation Safety authority set up a self-driving car pilot city in Hwaseong, covering almost 3.9 million square feet using Samsungs 5G cellular technology. The two cars were equipped with 5G hardware which helped co-ordinate their movements using 5G, AI technology, cameras and a 3D HD map. The 5G V2X (vehicle to everything) technology allowed the vehicles to monitor each others routes and changing road safety conditions. Basic initial testes saw the cars speed up on highways, slow down in school zones and stop instantly for the simulation of a walking child.

Big names such as Intel, Qualcomm and Ericsson have already started to showcase the applications we can expect from 5G cities in the next few decades. Some examples include sensors could be present on every building that communicates electricity usage back to the grid or connected surveillance cameras that can match faces to biometric databases for identification and even smart traffic lights that will be able to send data to city planners.

There’s also set to be a shake up in agriculture. Farms of the future will look at rolling out connected rainwater sensors that speak directly to smart sprinkler systems while other sensors can monitor soil quality and levels of fertilisation. 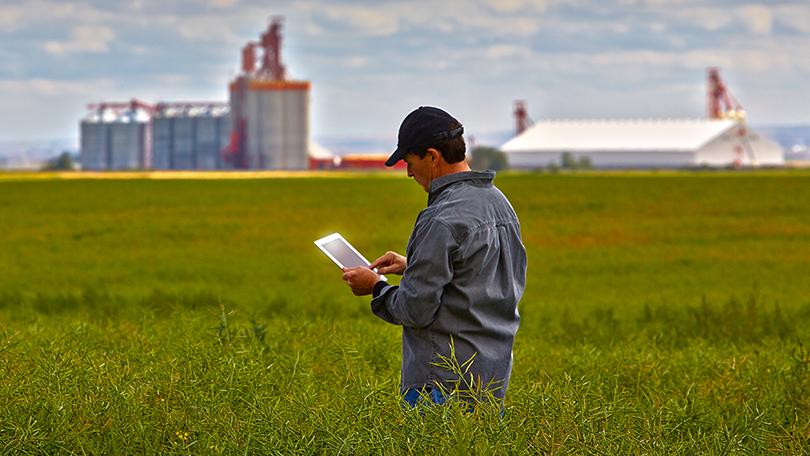 What are some of the challenges with 5G?

This all sounds great this living in a fully connected world scenario doesn’t it? The reality is that 5G technology can be potentially quite dangerous if not managed correctly.

Data protection and 5G security design will need to be all encompassing to provide enough protection for the “everything connected” world. A vast increase in the number of devices and an elevated use of virtualisation and the cloud will contribute towards many more 5G security threats and a multifaceted attack surface. To combat this, the industry needs to maintain laser focus on 5G security.

Another big challenge with 5G technology is standardisation. It will be absolutely critical to ensure universal interoperability of this new technology. This means network operators will be challenged to make 5G commercially viable. There’s a vast range of use cases and operators will need to work hard to define and manage many new commercial arrangements and pricing structures globally.

Some have also raised concerns around the potential harmful effects of radio frequency radiation on public health. Industry officials have largely dismissed these fears, confirming that that radiation exposure is minimal and devices are safe. The effects are currently being investigated by organisations such as the National Toxicology Program.

5G is coming and it presents many opportunities for human society and can offer many benefits. However, there are still a number of challenges that will need to be nailed before any mass roll out attempts.

We’re looking forward to finding out what advances telcos and network providers have made in the 5G arena at Mobile World Congress 2018 in Barcelona in a few weeks. The event always provides some fantastic insight into the innovation going on in the industry.

Attending Mobile World Congress 2018 this year? We'd love to meet you and chat about the possibilities of 5G and the impact on application development and what that means for mobile. Schedule some time with us below or alternatively you can contact us at [email protected]