Computers Have Feelings Too! The Rise Of Emotional AI

Published by Mairead Quigley 23 May 2018

"The capacity to be aware of, control, and express ones emotions and to handle interpersonal relationships judiciously and empathetically"

Today, approximately 50% of consumers around the world are using AI powered technology. From Siri on your iPhone to Alexa in your kitchen, to conversing with a customer support representative when you’re waiting for a parcel to even fraud detection from your bank- AI is serving millions of consumers a day.

The booming growth of AI and machine learning is both exciting and scary. It’s exciting to see how the transformational technology will improve our lives in many ways from managing our calendars to performing medical diagnoses but it’s also scary to think about the social and personal implications it may have. We can bet that it’s hear to stay though- and it’s only getting smarter.

As it stands, even the worlds most sophisticated AI technologies are based purely linguistic and mathematical- logical reasoning capabilities, modelled after the classic linguistic mathematical-logical intelligences. This, certainly for me, is a quick and stark reminder me that I am talking to a programmed robot- unable to read my mood or emotions.

But all that could be about to change. If AI is to reach it’s full potential as a tool for assisting businesses and be fully transformational for our every day lives, it needs to start incorporating emotional intelligence. There are companies round the world now who are exploring “multi modal emotion AI” and there’s appears to be a growing understanding of how sentiment analysis can help machines better understand how humans are feeling and adapt their behaviour accordingly.

What is artificial emotional intelligence?

There’s a lot of talk and debate around if AI could actually ever mimic real human behaviour and emotions. However, in reality if we are being honest - humans are actually pretty bad at emotional intelligence.

Let’s face it, many of us are ignorant about even the most basic emotional triggers we set off in others. For example, starting pointless arguments, piling unwanted stress on coworkers and although getting better, we still tend judge people based on certain stereotypes.

We often don’t try and put ourselves in other peoples shoes or try to understand their reasoning if it goes against what we believe or our own morals and opinions.

Whilst us humans try to understand each other better, emotional AI is already leaps and bounds ahead of us. Sophisticated cameras and face tracking technologies on phones are able to recognise every line and expression on our face and voice recognition and natural language processing is getting progressively better at figuring out our sentiment and emotions. It's easy to see how AI and machine learning could outpace even the most emotionally intelligent of us humans in the very near future. 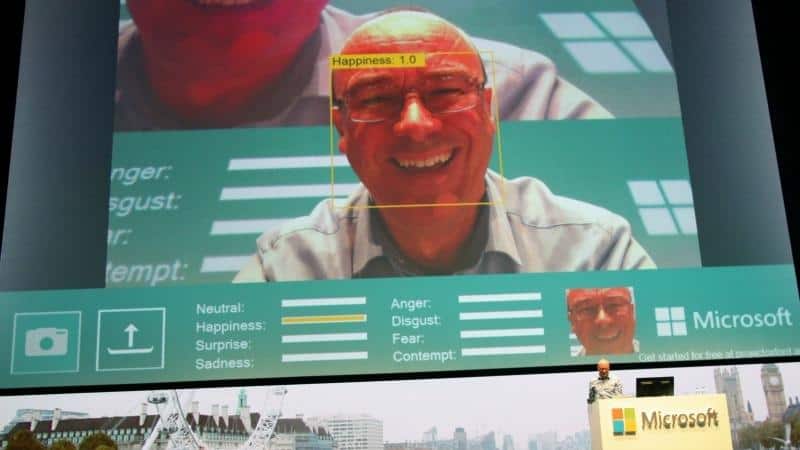 How will emotional AI be beneficial?

There are undoubtedly many philosophical issues and arguments surrounding the use of AI that could be debated forever but for now let’s take a pragmatic view and look at how emotional AI can benefit society and humans now and in the future.

There are already a number of practical use cases of emotion-aware AI and AI systems that incorporate it will have an immense competitive advantage over AI that only has cognitive or computational capabilities.

Let’s look at healthcare for example. Where there is a shortage of doctors, nurses and mental health workers, virtual nurses and home based robots that care for chronically ill patients will not replace the role of the human equivalent . Instead it will provide critical continuous data and information on the patients physical health and mental state to help medical professional deliver a standard of care that goes above and beyond any standard of care that we have been used to previously.

It’s no secret that robots and AI systems will take over some jobs, we’ve already seen this in the manufacturing and production industries where tasks have become automated. However emotional AI will help to create new job opportunities that have never existed before. Many are predicting that we will reach a level where humans will work alongside AI systems to extend the reach of what people can do.

In addition, from a business perspective companies such as MARS and Kellogg’s have already started experimenting with emotional AI to judge the emotional reaction and effects of their adverts by asking viewers to switch on their cameras whilst the advert plays. Their facial expressions and images are analysed with deep learning algorithms that effectively classify them according to the feelings of the viewer.

What does the future hold for emotional AI?

In the next 5-10 years, emotional artificial intelligence is projected to grow into a multi-billion dollar industry in a bid to completely transform the way we live our lives and conduct business. Already the tech giants including Microsoft, Amazon and Google are developing emotional AI technologies and recruiting comedians and scriptwriters to build personality into these technologies. For example, In the opening Google I/0 2018 keynote this year, John Legend was seen temporarily becoming the voice of the Google Assistant.

The future roadmap of emotional AI will see companies using emotion analytics and the further exploration of multimodal emotion recognition and an emotion chips.

Some have even predicted that we’re approaching an era where artificial intelligence will use humans as organic robots to reach it’s goals. In order to make that happen, thousands of engineers are already beginning to build an API to humans.

Scary or exciting? We reckon a bit of both!